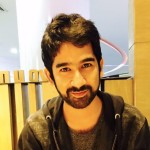 
Trickpics Highlights
Dubbed as the “Snapchat for Nudes” Trickpics, has various snapchat like filters, stickers, and graphic animations, albeit steamy ones that let you cover up your genitalia before sending them to your fuck buddies or your better half(es). Currently, it has 15 filters that can be used to cover up your assets with more filters to be introduced in the near future

For men who want to cover up their dong, there are filters like ‘Dick-In-A-Box’ ‘Trouser Snake’ and ‘Big Blimpin’ among others and the pretty lasses can use ‘Knock Knockers’ up to and ‘Instaclam’ down below. You can either upload photos directly from your gallery or snap photos on the go. You can check out  Trickpics  App download link at the bottom.

The app is available for free on the App Store and Google Play.

This is the app that we all have been waiting for The God sent the app for the sexters. in order to turn our NSFW private pictures into SFW pictures. You will never have to hidingly sext once again! But given all the reviews after download Trickpics into their smartphone not many users have been satisfied with the performance of the app.

Hey, I am Sanjeev. I love Apps & WordPress and everything related to that. I have been contributing in WordPress world since a while. WordPress can be a bit confusing at time. I have started Appsreviewhub with a single purpose of sharing my knowledge on how to start and maintain a WordPress blog and learn about new apps.